Pass the Bottle was a tremendously successful Facebook-focused program that rewarded you for pairing wines with your friends. Once users chose a friend, we scanned that friend’s Facebook posts and suggested a wine that paired best with their friend’s personality, as expressed by keywords in their posts. For example, if your friend’s posts suggested that they led adventurous lives, we recommended a bold, memorable red. If you ‘passed’ your friend a virtual bottle, you both received discounts on that particular wine.

The program was an instant hit with our Millennial target, who ‘passed the bottle’ more than 500,000 times, despite almost no paid-media spend to support the campaign. Note: this program was conceived, designed, and written by Factor’s founders during their time at the agency Organic. It was developed and launched by Organic team members. 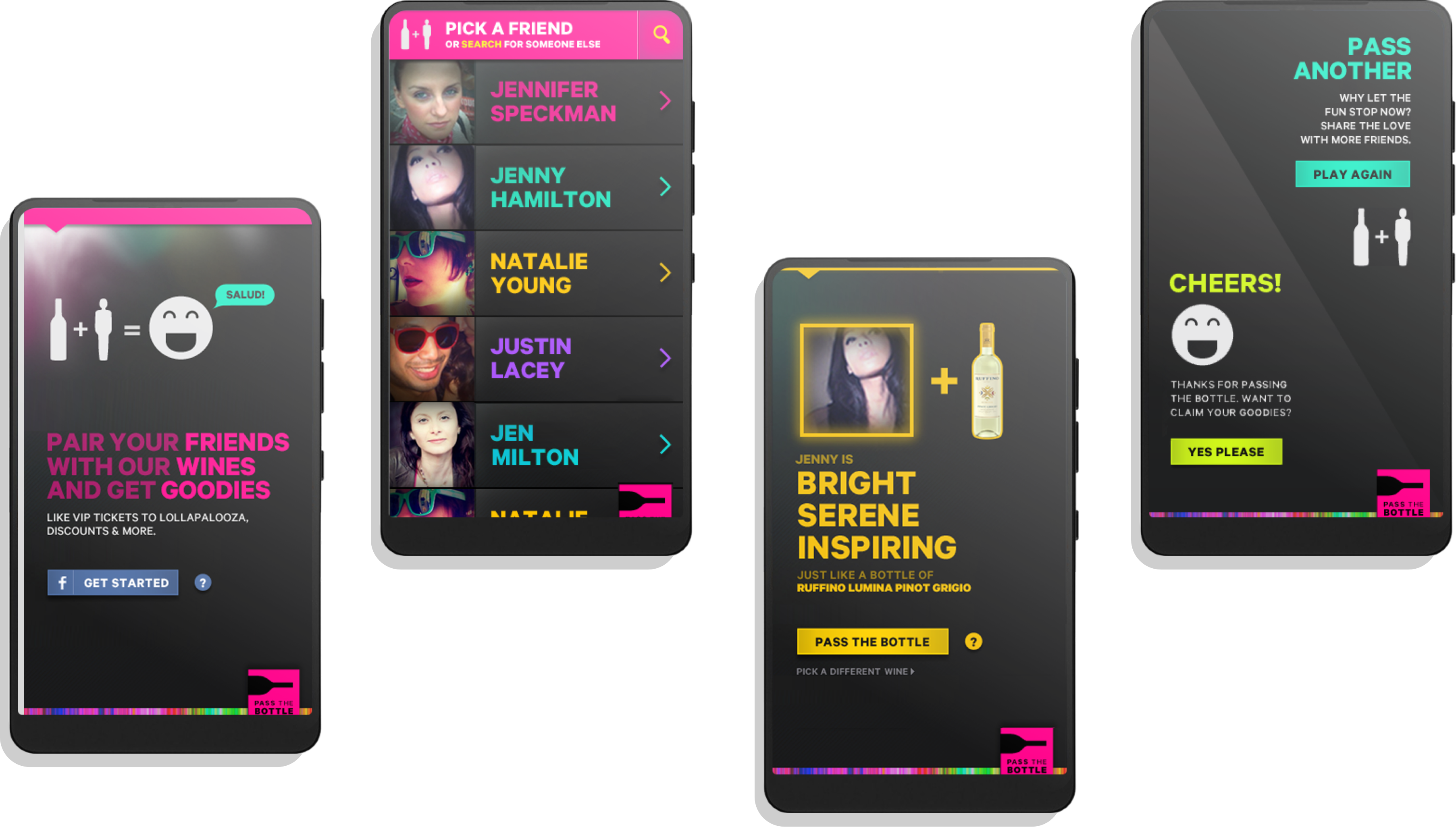